PEOPLE WHO LIVE A HUNDRED

PEOPLE WHO LIVE A HUNDRED


People who live to a hundred are often asked what their secret is to a long life. Some say it’s love. Some say it's the power of positive thinking. Others say that laughter is the key. Few would say it's being bitten repeatedly by poisonous snakes.
Publicado por Stella en 1:07 No hay comentarios:

January 6, which is 12 days after Christmas in the Gregorian calendar, marks not only the end of the Christmas holidays but also the start of the Carnival season, which climaxes with Mardi Gras. In some European countries, such as the Czech Republic and Slovakia, children dress as the three kings and visit houses. In their roles as the kings, or wise men, they sing about the Jesus’ birth and pay homage to the “king of kings”. They are rewarded with praise and cookies.
Publicado por Stella en 2:13 No hay comentarios:

CONSTABLE
A constable is a person holding a particular office, most commonly in criminal law enforcement. The office of constable can vary significantly in different jurisdictions. A constable is commonly the rank of an officer within the police. Other people may be granted powers of a constable without holding this title.
Publicado por Stella en 10:39 No hay comentarios:

Legends are told about them and they have been given names. This is how they are often described:
Publicado por Stella en 1:50 No hay comentarios:

It has long been a Philharmonic tradition at the New Year to present a program consisting of the lively and at the same time nostalgic music from the vast repertoire of the family of Johann Strauss and its contemporaries. These concerts not only delight the audiences in the Musikverein in Vienna, but also enjoy great international popularity through the worldwide television broadcast, which now reaches over 90 countries. THAT MUCH / SO MUCH


THAT MUCH / SO MUCH

SO MUCH se usa en afirmativo y THAT MUCH en negativo.

I have so much work 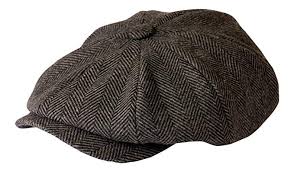 At the age of
A la edad de

Grew up in
Se crió en

In the year
En el año

The next year
Al año siguiente

The time of year that John Keats called the 'Season of mists and mellow fruitfulness', Autumn is a season famous for its harvest times, turning leaves, cooling temperatures and darkening nights.

There are two different dates when autumn could be said to begin. Autumn as defined by the Earth's orbit around the sun, begins on the equinox which falls on 22 or 23 September.
However, for the purposes of recording climate data, it is important to have set dates that can be compared, so the meteorological Autumn always begins on 1 September.

One of the most stunning signs of Autumn is the turning of the leaves. The shorter days are a sign to trees to begin to prepare for winter.
During winter there is not enough light for photosynthesis to occur, so as the days shorten throughout autumn, the trees begin to close down their food production systems and reduce the amount of chlorophyll in their leaves.

3. The chemistry of colour

Chlorophyll is the chemical which makes tree leaves green and as it declines other chemicals become more prominent in the leaves.
These are responsible for the vibrant ambers, reds and yellows of autumn. The chemicals responsible are types of Flavonoids, Carotenoids and Anthocyanins.
Did you know some of these chemicals are the same ones that give carrots (beta-carotenes) and egg yolks (luteins) their colours.

5. The days get shorter

The word equinox comes from the Latin equi (meaning equal) and nox (meaning night) accounting for the equinox marking the time when day and night are of equal length.
We often notice the nights begin to draw in from this point as after the Autumn equinox, the night longer than the day, until this is reversed at the Spring equinox.

Generally speaking the autumn equinox always falls on either 22 or 23 September, but not quite always.
Because the Gregorian calendar is not quite in perfect symmetry with the Earth's orbit, the autumn equinox will very occasionally fall on September 24. This last happened in 1931 and will next happen in 2303.

In Greek mythology, autumn began when Persephone was abducted by Hades to be the Queen of the Underworld. In distress Persephone's mother, Demeter (the goddess of the harvest), caused all the crops on Earth to die until her daughter was allowed to return, marking spring.

We typically think of 'Fall' as the North American version of the word 'Autumn', but it was in fact in widespread usage in England until relatively recently.
Originally a shortening of the phrase fall of the leaf, the phrase was common in England in the 17th century.
The word autumn entered English from the French automne and didn't become common usage until the 18th century.

Here there are some chores:

Lay the table
Get dinner or lunch ready

Hang the washing up

To do the dust

To clean the glasses 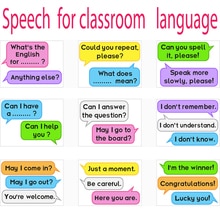